More On The Test Competition 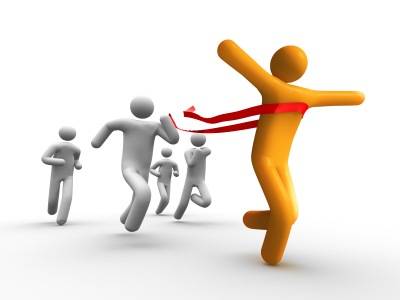 Over the past two weeks I have spent a great deal of time doing research, gathering resources, and judging interest in an on-line test competition in software testing.  My conclusion is kind of like Nike.

It’s time to talk about details.

What: The first NRG Global Online Test Competition will be April 19, 2013, starting at 10:00AM Eastern with a blog post.  The blog post will describe what software to test, how to get it, how to submit bugs, and how to submit a final test report.

Why 10:00AM? The event starts with a public announcement, involves a very limited amount of time, and ends with the sharing of bugs from all groups.  To make that successful, we selected a time that is most compatible for most people — no one should be getting up at 1:00AM to compete.  The functional portion of the test competition is schedule for four hours, short enough that a team could do it for professional development during the business day and still accomplish some work.  10:00AM Eastern is 7:00AM Pacific, meaning a West Coast USA or Canada team could get an early start, finish by 11:00AM, and still get plenty of work in during a business day.  That time is 7:30PM Bangalore and Pune, India – two cities that have had significant interest in the competition.  A great deal of the interest in India is personal and not always supported by the business; we scheduled the event so it can be done in the Middle East and Asia on personal time.

Goals:  A pure competition, with individuals, would be fun. Participants could experiment with new test techniques and learn a few things.  We wanted to make this more, to be an event that focuses on learning, so we encourage team entries of two to six people.  More than that, we are organizing the competition so that it ends with opportunities to share what bugs other teams found, talk about the best ways to report them, and share ideas, even across teams, about strategies, techniques, and skills.  This isn’t going to be a competition where you happen to learn something; it will be learning event structured as a competition.

Test Categories: The contest will consist of two major categories:  Functional testing, which we will do in four hours on the 19th, and performance testing, where teams will participate in four-hour segments over the weekend.  Award Categories include best functional testing, best performance testing, and best overall.  We may also award prizes for best bug reports and system readiness reports in each category.  In the event of a tie for best overall bugs, we will consider any security defects the teams find.

But I don’t know performance testing! This is your chance to learn.  Seriously.  Keep coming back to the NRG Global blog over the next few months, where we will be covering rapid assessment techniques for both performance (how well the software performs for one user) and load (how well the software performs for multiple users) testing.  NRG Global has a whole website devoted to this, that is growing all the time, and free trials for its tools.  The tools are limited to a 14-day trial, but if you are registered for the competition, we can give you a code to extend the trial through April 25th.

AHA!  You Want Us To Use Your Tool! Of course we do, but you are not limited, you could use any tool – JMeter, LoadRunner, SOASTA, LoadStorm, take your pick.  It might be interesting to see if the reports differ by tool!

One More Time:  Use whatever tool you’d like.  The best results will win; I stake my reputation on it.  NRG Global is providing prizes and trial software, but is not paying anyone to run or judge the competition.

If you always wanted to do performance testing but never had the opportunity, well, now’s your chance.

Registration: Is free.  To register a team, email me, Matthew Heusser, at Matt@Xndev.com with your team name, team members, email addresses, and, preferably, snail mail addresses, so we can send the prizes to you if you win.  Registration is also optional.  You could, if you like, simply refresh the blog at 10:01AM on Friday the 19th of April and start attacking the software — but you would miss the second round, the experience, and the chance to win.  And winning, placing, or even have a good showing, means objective, credible evidence of expertise in software testing in public, under time pressure, under conditions of uncertainty.

It’s kind of a big deal.

Remote Teams:  We strongly encourage teams of 2-6 testers.  You do not have to be in the same place. Thanks to advances in communication technology, you might have five testers, all over the world, on the same team, communicating by Skype, Instant Messanger, Google Hangout, Yammer, or some other technology.  As testing becomes more global, this sort of rapid test experience will become more global.  Imagine going to an interview.  “Have you worked on global teams before?” “Well, we organized a team of five people on three continents for the NRG Global Test Competition back in 2013, and we won in the category of best bug reporting …”

If you are a lone tester and want to be on an international team, email your registration in with a note, and, when other people are in the same situation, we will introduce you.

Who: We’ve organized an international all-star list of volunteers and test judges, including Smita Misha, of QAZone India, Maik Nogens of Diaz & Hilterscheid (Germany), Ajay Balamurugadas, an organizer of “Weekend Testing” and Sr. QA Engineer at Fibrelink (India), Jason Coutu, a Test at VendAsta Corp in Canada, Nimesh Patel, also of Canada. Not to mention Mike Lyles, a test manager in the Unites States with Lowe’s Corporation — and those are just the top-level volunteers!

A few of the volunteers have supportive jobs, and may take some time off to run the competition.  Some have to take vacation, and some are independent and are taking non-billable, unpaid time to run this event.  I admire them for showing up.

More To Come:  There will be more information on the process, suggested tools, how to get started, and so on, in future blog posts.  For now, you know the timing and how to register.

Woody Allen, the multi-millionaire writer and director, once said that 90% of success is showing up.

I admire the volunteers for this event for showing up, but now it’s your turn.  Would you consider joining us? 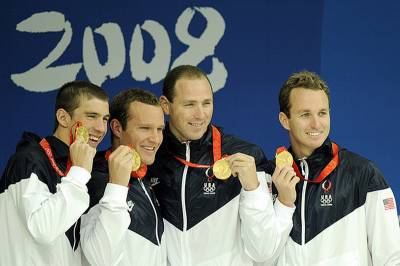