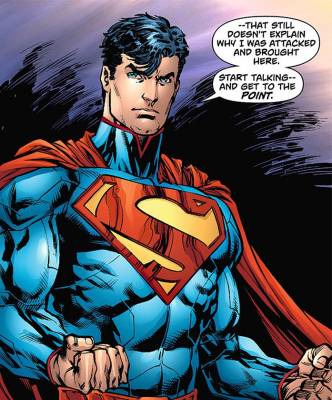 One of our contributors, Pete Walen, recently put out a blog post on leadership and power.  It is a good post; if you enjoy reading long-form articles that are more conversation than bullet-points, I suspect you’ll get a kick out of it.

Pete’s article did a lot for me, but most importantly, it got me to think, to finally publish that piece on power that had been niggling in the back of my mind for  nearly a year.

Instead of a rambling conversation, I’d like to start out with an assertion, then defend it, then suggest a thing or two to do about it.

My claim is very simple: Most of what you’ve been taught about Power is probably wrong.

How We Got Here

For our purposes, let’s define ‘power’ as influence — the ability to change the outcome.  In the previous post  I mentioned that the technical staff can change the outcome simply by calling in sick, the ‘power of the picket line’, along with a few other, more nuanced approaches.   Peter posted about the corrupting influence of power, and how it might be possible to thread the needle — to achieve a role of influence without destroying yourself in the process.

Superman, you will recall, uses his powers for good and only for good.

Today I would like to talk about two different kinds of power, which I might call compulsory power and reciprocity, and why they are important.

When people talk about “Power Corrupts”, they probably mean compulsory power — the ability to get someone to do something, even if it is against their will.  The Government, for example, can compel you to pay taxes; you have no way to say no, just as it has the power to send you to jail if you disobey.

For most other things in our life, in theory, we have choice.  You could tell the big boss no, sure. But you like your job and the pay check, and have nothing else lined up instead, so you’re going to go along and get along.

Besides, you think, power is like political capital.  When the annoying VP of Finance walks in and tells you how to do your job or that some new thing is ‘#1 priority’, well, you give him his chit, he owes you, and he’s not going to ask for anything else anytime soon, right?

And that’s the mistake.

Compulsory Power Grows As It Is Exercised

When we talk about power, we like to use the language of favors, as the news does when it talks about a bill being passed in congress.  But compulsory power does’t work that way. You get nothing in return for saying ‘yes’ – in fact, you’ve just demonstrated to the VP that your work process and your priorities are his business.  Next time, he will be back, asking for a little more, and a little more, and … eventually you get the ridiculous visio diagram and the excel spreadsheet, the timecards, the process process and the template template, and you are thinking about where to go next.

We like to complain about it, but really, we created this monster.  Giving in to compulsory power makes it stronger.

It’s not like the president passing a bill, but more like a football team that is starting to surge.  If you mount a defense, you might stop it, but if you crumble, the other side isn’t going to give you a favor next time.  Instead, you’ve set up a scenario for defeat.

A Word Of Warning

I set up the example above between a worker and a an executive not in the chain of command, but this sort of thing can come from anywhere.  External customers, family, friends (*cough* in-laws …) ,anyone who crosses a boundary and is greeted with acceptance and “yes of course” will be unaware that the boundary exists and likely to cross again.

This does not mean that we should be jerks who feel good about ourselves by telling other people ‘No.’  The world has enough of those already.  Instead, the first lesson of dealing with would-be compulsory power is to recognize how corrupting it is, and to draw and stand by boundaries when they come.

The second lesson is where we get this idea of political capital from; the world of justice.

When someone does you a favor, you appreciate it. When you get the opportunity to pay them back with something similar, you try.

The most satisfying professional relationships I have ever had are based on this principle; we actively compete to see who can be the most helpful.  When you do that enough times, you create a circle of friends, not in a manipulative way, but in a good way.

That is, indeed, a very real sort of power.

What To Do Tomorrow

First think about the unsatisfactory relationships in your life.  Odds are, you have some idea of what the boundaries should be, and what they are, and they differ.  Now think about the work you’d have to do to redraw the lines – which means conflict, argument, and perhaps disappointment.  The bruises may not be as physical as in football, but walking your way backwards can be very painful in it’s own way.

It is a lot easier to set boundaries with new relationships.  Make them clear, tell people when they are violated, and create real consequences when they are crossed.

On the reciprocal side, here’s a place to start.  If you are anything like me, in social settings, you want someone to talk to; someone to hang out with.  You want a crowd, or tribe, and feel uncomfortable at the party or event when you are all alone during breaks.

Most of us start at these things looking for people we know. Instead, look for the other person who is awkwardly staring at the punch bowl.  Introduce yourself.  You may make a friend, and you may do them a bit of a social favor, but at the very least, you’ll never be alone.

Now I am at a thousand words, and we’ve just scratched the surface; I haven’t even really covered  the implication on this to technical work.  If you’d like to hear more, just let me know in the comments, and I can do a follow-up post.

I’d be happy to do you a favor.