Update: One Month To Test Competition! 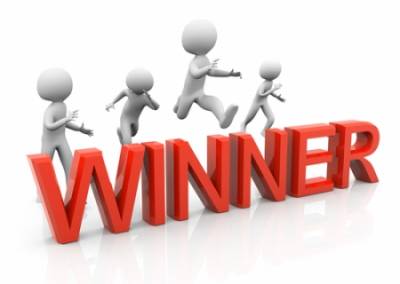 On March 11th, 2013, registration for the test competition closed.

We have sixteen teams registered, from India to Europe, Southern Asia, and the United States. We have a team that has people from two continents.

And that’s just the folks who gave me a street address.

It’s a good thing registration ended on the 11th, because, honestly, sixteen teams means a whole lot of bug reports and test reports for our volunteers to evaluate. It is a small team of volunteers, and we are going to be very busy. If this goes well, and we do it again, we may have to charge a small fee. Yes, that will make sure the players have ‘skin in the game’ and allow us to get better prizes, but it will also allow us to compensate the volunteers and to invest in some better technology.

Today, though, the beta test competition is free. How about that?

In addition, I also do have two small announcements that you can use even if you aren’t competing.

First, we’ve created a google group, the NRG Global Test Competition Group, for participants to collaborate before and after the test competition. You do not need to be competing to sign up. In fact, if you can’t find the time to play, this list will allow you to see the next best thing, including a few low-volume emails and no marketing spam. If you join, you’ll get the latest updates on the competition and can ‘play along’ as much, or as often, as time allows.

The second piece of good news is about testing tools. Our audience has a strong functional testing background. Some people are performance testers, but plenty of teams are a little concerned. Even if they use NRG Global’s tool under trial, they still require a pretty hefty computer with Windows Server running and terminal services turned on.

Last week, I got an email from Sam Benihya, a technical director at NRG. The company is going to offer a complete howto setup guide, and cover the expense, so that participants can use NRG Global’s own performance tools in the cloud with Windows Azure!  How’s that for professional development!

I’ll have more on that as soon as I can get the guide into my hands and try it myself!

Oh, And Just One More Thing

Agile Record Magazine, arguably the premier publication for Agile Development and Test in Europe, has agreed to cover the test competition, including details of the winning team, in an upcoming issue.

So put on your game face, folks, and dress for success, because the winning team will be internationally recognized for their accomplishments

… and they’ll have earned it.

UPDATE: Late to the party?  Learn more about the test competition on the original announcement, the FAQ, the first update or the second update.